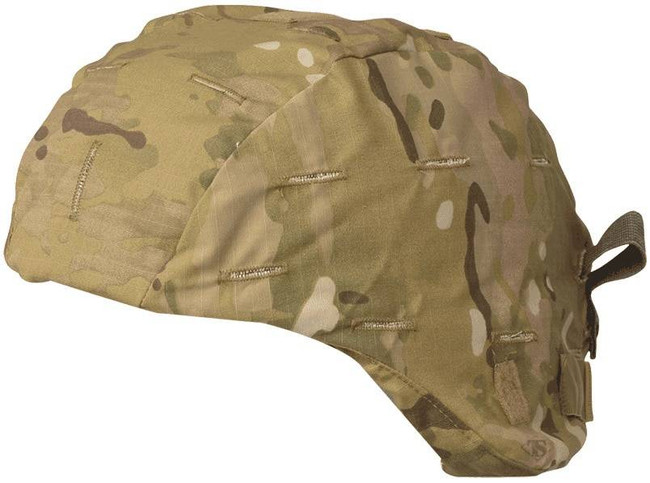 The TRU-SPEC MICH (Modular Integrated Communications Helmet) Kevlar Helmet Covers are for the primary combat helmet used by soldiers of the United States Army developed by the United States Army Soldier Systems Center to be the next generation of protective combat helmets for use by the U.S. Army. The MICH was originally part of a series of combat helmets designed for the U.S. Army Special Operations Command as a replacement for the PASGT helmet solely within those units. However, the U.S. Army later determined that the improvements presented by the high cut and brim-less MICH over the PASGT helmet warranted organization-wide distribution. The MICH is in use with all branches of the U.S. military in at least some capacity. The MICH was officially adopted as the standard issue helmet of the Air Force Security Forces. The U.S. Marine Corps evaluated the MICH during its own search for a PASGT replacement, but chose to adopt a helmet that retains the profile of the PASGT, known as the Lightweight Helmet. MICH helmets are available for purchase by law enforcement agencies and the public. They have become popular with various SWAT units and private security companies.