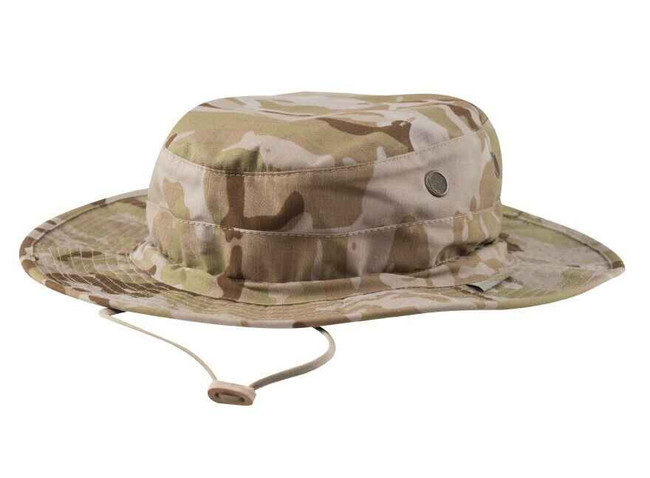 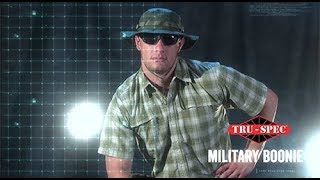 The TRU-SPEC MultiCam Arid Boonie Hat is made to current U.S. Military specs. The boonie hat was introduced to the United States Armed Forces during the Vietnam War, when U.S. Army Green Berets began wearing them in the field, along with Australian and Army of the Republic of Vietnam units. These hats were locally procured; the camo cloth was usually salvaged from other uniform items or with the former from a parachute or made up by the tailor. The name is derived from "boonie", the abbreviated form of boondocks (itself originally American military slang derived from Tagalog bundok, "mountain", during the Philippine-American War. Made to current U.S. Military specs.