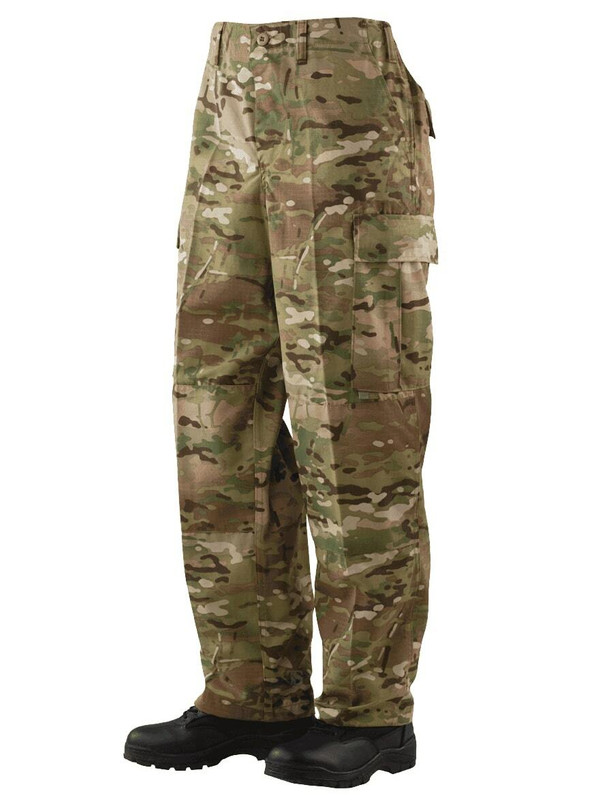 The TRU-SPEC MultiCam BDU Pants MIL-SPEC uniform is combat tested and adopted by the U.S. military as their primary combat uniform in the early 1980s, these popular uniforms served well into the mid-2000s and remains a popular favorite among many. Built to U.S. specification MIL-T-44047E.