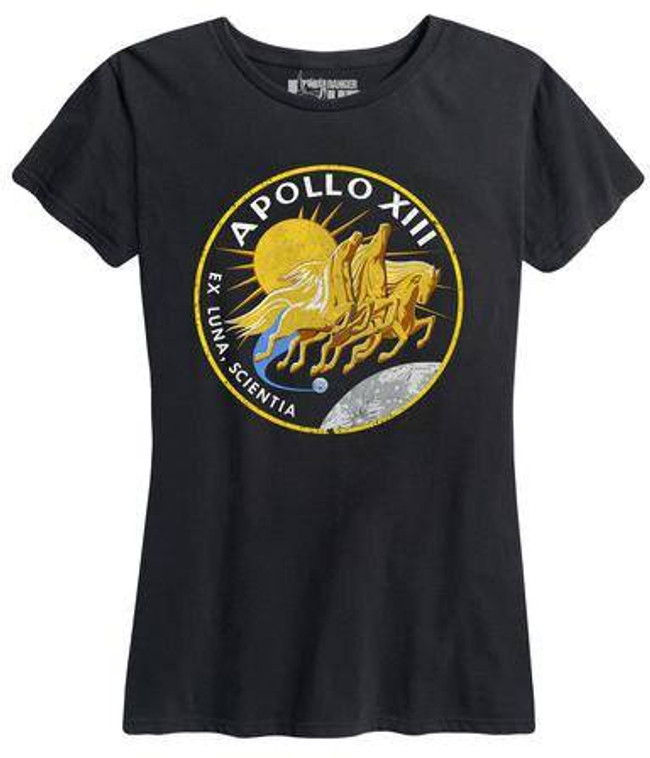 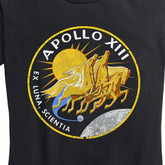 Item Code: RU2527
Out of Stock
Unavailable
Email me when in stock
See More
The selected product combination is currently unavailable.
See More

The Ranger Up Women's Apollo 13 Patch T-Shirt remembers the seventh manned mission of the Apollo space program and the third attempt to land on the moon. Launched on April 11th, 1970 from the Kennedy Space Center, Florida. The mission was aborted after an oxygen tank exploded on April 13th crippling the service module. Despite the hardships of limited power, losing cabin heat, shortage of potable water, and having to create makeshift repairs to the carbon dioxide removal system, the crew returned safely on April 17th 1970 six days after the launch.