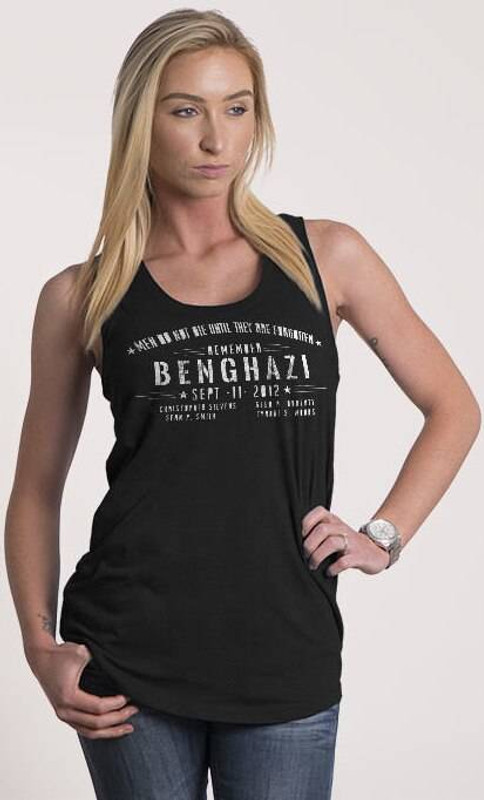 Item Code: BENGHAZI-WTT
Out of Stock
Unavailable
Email me when in stock
See More
The selected product combination is currently unavailable.
See More

Following the removal of Muammar Gaddafi from power, the country of Libya was left in a largely ungoverned state, with militant and radical Islamic groups rising in power, as the fledgling government struggled to find its footing. Benghazi had been a major hub during the Libyan revolution and acted as home base for the CIA operatives in that area. The existence of the facility, and its personnel, was classified until after the events of that fateful night.

On the evening of September 11, 2012, the attack began at the US State Department compound. The CIA base (the "Annex") was one mile down the road, and the sound of gunfire and explosions echoed throughout the city. Six security officers, ex-military and security contractors at the base, geared up and prepared for action. They were: Mark Gesit (former Marine), Kris "Tanto" Paronto (former Army Ranger), Sergeant John "Tig" Tiegen (former Marine), Tyrone Woods (former SEAL), and two other operatives (a former Marine and former SEAL), whose true identities remain confidential. Fully armed and vehicles loaded, they were told to stand down, to let the Libyans guarding the compound handle the situation. As the security team waited impatiently, distress calls came from the burning compound, and they decided that they weren't going to wait any longer, orders be damned.

The six man team set out in armored vehicles towards the compound, making the last leg of the one mile journey on foot. When they arrived, Ambassador Chris Stevens was missing, and officer Sean Smith was dead. Before the team could retreat back to the Annex with the surviving State Department staff, a firefight broke out at the compound. The team fought back, protecting the personnel until they were able to load into the armored vehicles and return to the Annex.

Shortly after reaching their base, however, it, too, was under attack. The firefight waged through the night, and amidst the mortar fire, security operatives Tyrone Woods and Glen Doherty lost their lives. Doherty was the only support that came for the security team that fateful night, flying in from Tripoli when the distress calls were sent. No other air or ground support was dispatched, and the men were left on their own to defend the staff, until they were all finally able to evacuate the facility and reach the airport.

While the security team fought for their lives and lives of the personnel, elsewhere in Benghazi, Ambassador Christopher Stevens was horrifically tortured and killed.


Nine Line Benghazi Womens Racerback Tank
WARNING: This product may contain chemicals known to the State of California to cause cancer and birth defects or other reproductive harm. For more information, go to www.P65Warnings.ca.gov.