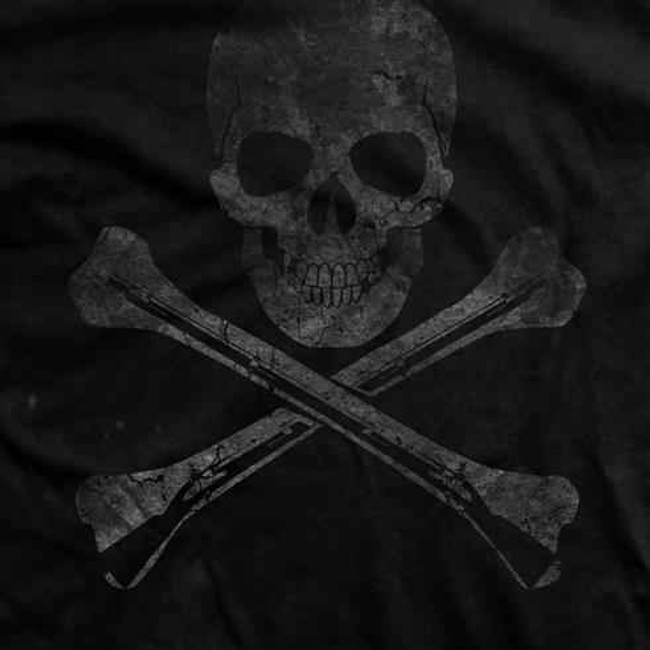 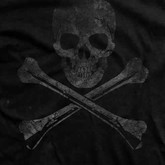 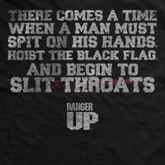 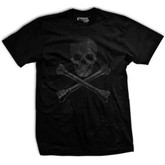 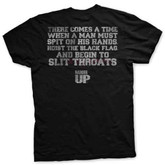 Item Code: RU696
Out of Stock
Unavailable
Email me when in stock
See More
The selected product combination is currently unavailable.
See More

Pirates aren't just a bunch of Somali guys driving hoopty boats around the Horn of Africa. In American culture and the Western Hemisphere as a whole pirates were the most feared sea brigands to ever sail the ocean. They had no loyalty to a land or people. Their pure drive in life was loot and mayhem.

The Jolly Roger flag represented everything dangerous about the New World. The very purpose of the flag was to instill fear in victim ships in the hopes they would surrender without a fight. It worked.

The flag has since morphed from a signal of awaiting carnage to a symbol of rebellion, warrior mindset, and outlaw behavior. It's flown by law-abiding citizens and banditos alike. It's our history. It's who we are. It represents the cutthroat nature that forged this land.
Ranger Up Hoist the Black Flag Vintage Shirt