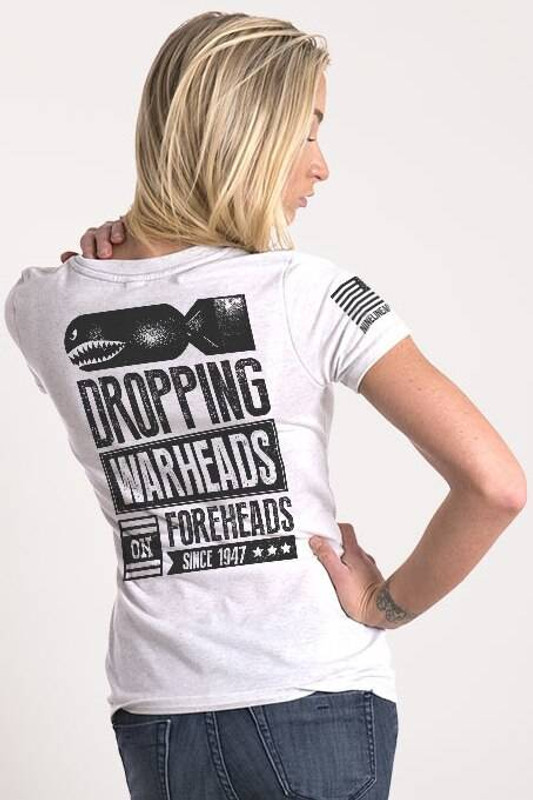 Nine Line Warheads on Foreheads Womens Relaxed Fit T-Shirt
WARNING: This product may contain chemicals known to the State of California to cause cancer and birth defects or other reproductive harm. For more information, go to www.P65Warnings.ca.gov.