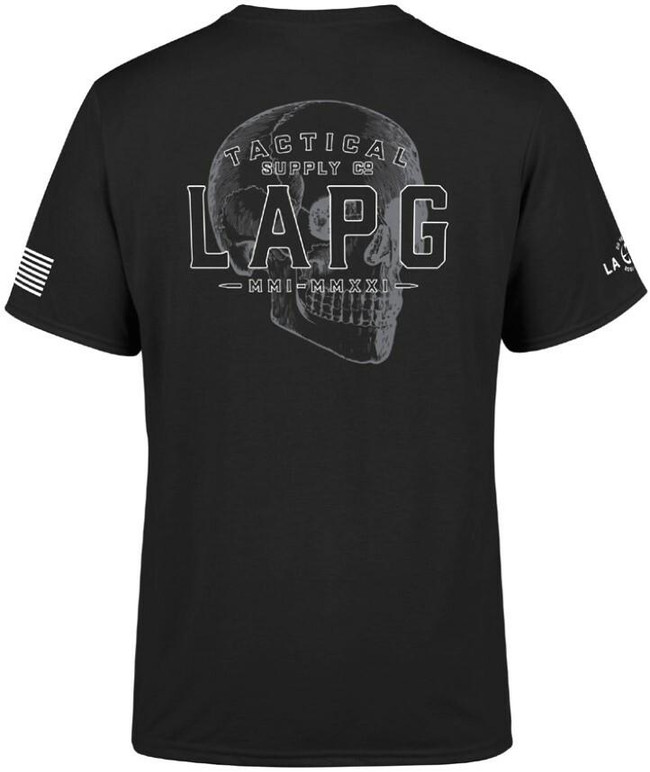 The LAPG 20th Anniversary Limited Edition T-Shirt features our 20th Anniversary design on the front left chest and on the center of the back. This tee is made from a 60/40 CVC blend that is supremely comfortable and won't shrink.