BAMF of the Month: Featuring Our Favorite Police Officers and Military Service Members

Donning a police or military uniform day in and day out is among the most heroic undertakings conceivable. To honor the brave sacrifices and incredible risks taken by our heroes in uniform, LA Police Gear is happy to honor a BAMF of the month. Each month, we'll recognize the truly gallant acts carried out by one of America's finest, a truly bad a*s m*therf*cker (or m*therf*ckers), from the intrepid freedom fighters on the frontlines to the members of the blue force who preserve the peace at home. 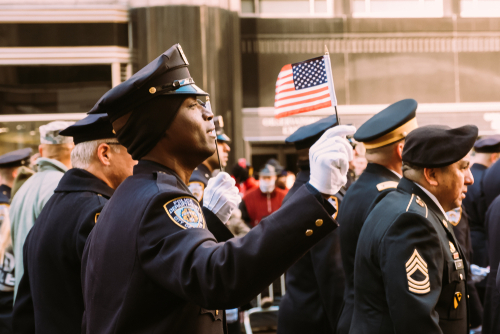 First responders around the country have probably heard the name James Zadroga, even if they aren't quite sure what he did. The New-Jersey-born New York Police Department (NYPD) cop lends his name to the federal act that provides 9/11 first responders with ongoing health monitoring and financial aid. Let's take a look at his story to learn a bit more about this brave officer who gave his life in the pursuit of helping others in the wake of the September 11 attacks.

Like many members of the NYPD, Zadroga entered the force following a parent's footsteps. His father, Joe, had also been an officer in the force. Zadroga joined the NYPD in 1992, soon rising to the rank of detective. During his time in service, he became a highly decorated officer. He was serving on the Manhattan South Homicide Task Force at the time of the attacks.

On the morning of September 11, 2001, Officer Zadroga was heading home to North Arlington, N.J. from his night shift when he heard about the attack on the World Trade Center. He turned around and subsequently spent over 450 hours participating in the recovery efforts, filling his lungs with toxic chemicals, pulverized concrete, and fiberglass. The decision to turn around may have led to the rescue of many, but, ultimately, it caused the young officer's death at the age of 34.

In the weeks after the attacks, Zadroga began to develop what was then known as "the World Trade Center cough." Though he was a lifelong non-smoker and didn't have any asthma or known respiratory problems, the officer's condition worsened, and he developed acid reflux and severe shortness of breath, rendering him barely able to walk without gasping for air.

As a result of his condition, Zadroga sought permanent disability retirement in 2004. After his death, Zadroga's father went on the record saying that the young officer and his wife spent some of his final years struggling financially, living on boxes of spaghetti and barely being able to make their mortgage payments due to their ever-growing pile of medical bills.

Devastatingly, Zadroga's wife, Rhonda, became so stressed in the situation that she developed a heart condition in 2005 and passed away shortly thereafter. Rhonda's death left Zadroga as a single father to their daughter, Tyler Ann. 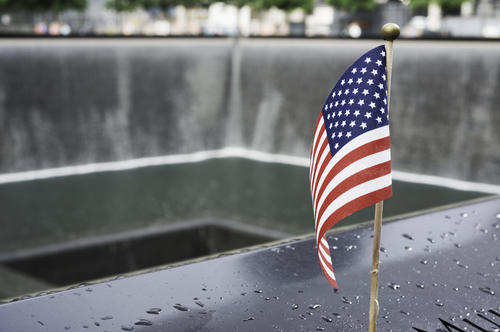 The James Zadroga 9/11 Health and Compensation Act of 2010

Detective James Zadroga died of pulmonary disease in 2006 and, though there has been some controversy surrounding the cause of death, two pathologists confirmed that it was caused by toxins inhaled during the rescue at Ground Zero. In one autopsy, the toxic substances talc, cellulose, calcium phosphate, and methacrylate were found in Zadroga's lungs.

In January of 2011, President Obama signed the James Zadroga 9/11 Health and Compensation Act of 2010 (often referred to simply as the Zadroga Act) into law. The act has made $2.4 billion available for medical care and $2.7 billion for compensation to those whose health has worsened since aiding in the rescue efforts on September 11. The act initially only provided funding for a certain set of respiratory conditions but has since been amended to include 50 different types of cancer, including prostate cancer.

Though no honor is enough to repay Zadroga for his brave sacrifice, his legacy has been preserved in various ways in addition to the act. The town of North Arlington, where Zadroga lived, has named renamed the Skyline Sports Complex—which was known for its view of the World Trade Center—the James Zadroga Soccer Field and dedicated two other memorials to the officer.

The attacks on the World Trade Center claimed the lives of 2,977 on September 11, 2001, but the death toll continues to rise with cases like Zadroga's. That day, 343 New York City firefighters, 23 NYPD officers, and 37 Port Authority officers died in the line of duty. As of last year, more than 2,000 deaths have been attributed to 9/11 illnesses and nearly 10,000 first responders and others in the Trade Center on that day have been diagnosed with cancer. Thankfully, the Zadroga Act will help ease some of this pain and burden for the survivors. 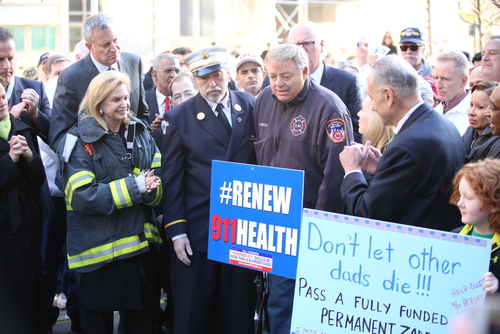 LA Police Gear is committed to helping commemorate American heroes in uniform, and we've been outfitting BAMFs for nearly two decades. If you have a BAMF of the Month that you'd like us to highlight, let us know.