A Day in the Life of a Rural Police Officer 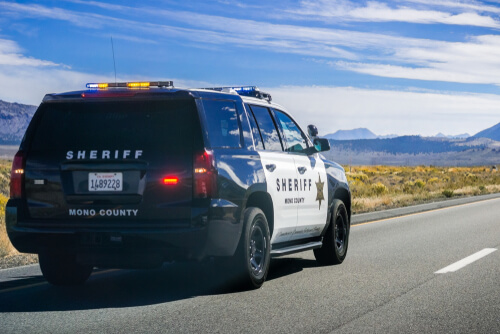 People think that deputies and police officers who work in rural areas have it easy and don't face the same dangerous calls that law enforcement in urban areas does. This assumption couldn't be further from the truth. While they may have less call volume, they face the same dangerous situations - and often without backup anywhere close.

We're talking calls involving firearms, wanted felons, domestics, and more, with no close backup. You're on your own, and you must rely on your own skills until your help arrives - and it may be 15, 20, 30 minutes or more away.

Plus, almost everyone in rural areas has firearms for hunting, and they often have arsenals. You may even have to do a felony stop or a pursuit alone. They never show that on TV or in the movies. Those officers always have a partner and backup is very close. Officers and deputies from rural sheriff's offices and police departments that transfer to big city departments are surprised at first when they can hear the sirens of their backup responding.

Even Some Police Academies Focus on Scenarios with Partners

Many people believe that counties with the largest territory have big budgets and plenty of help. This concept is another assumption. Often the largest counties in a state work with the fewest deputies or police officers. In some areas, the county pulls double duty by providing law enforcement services to the citizens and running the jail.

There may only be four or five deputies working 900 square miles. That means that you have no available deputies after the 4th or 5th call comes in, and you're also responding without backup. If a deputy or officer clears a call to back you up, they may be coming from the other side of the county. 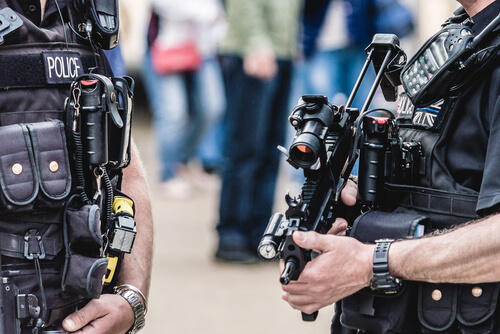 Today, most police departments and sheriff offices have bigger budgets and supply officers with the essential police gear that they need. However, other gear essentials such as duty bags, clipboards, range clothing, or tactical gear are often purchased by the officer or deputy.

There have been reports of budget cuts being so severe for some law enforcement agencies in the past that officers or deputies had to use their own paper if they wanted a copy of one of their police reports for their file or court. It's sometimes difficult to ensure that you have the best gear essentials for the job.

Most places work 12-hour shifts, and many of the deputies and officers have take-home cars. There aren't usually roll calls at these departments. As soon as you sign on, you start answering calls. It's very difficult to get the whole shift at the office all at once.

If you work for a really small town, there is typically only one officer working, especially at night. You may call or meet with the off-going officer to exchange information, and then you're on your own. Your backup is in the next closest town or consists of deputies from the surrounding county. If they're busy, you have no backup.

Sometimes, you end up helping those other town officers run calls near your jurisdiction if there is a mutual aid agreement. A mutual aid agreement is a legal document between the sheriff's office and the town or city police department located within the county. It basically authorizes the town or city police officers to respond to assist on certain county calls rather than keeping a serious call pending an extended amount of time.

If you get a physical domestic and breaking and entering in progress at the same time, with only four deputies working ... well, you can do the math. These types of incidents should have at least two deputies or officers on them and, as you can see, manpower dwindles quickly. It's not uncommon to have critical calls pending until an officer or deputy is freed up if there is no mutual aid agreement with another law enforcement agency. It is also not out of the ordinary for officers and deputies to respond alone to possibly dangerous calls.

It's worse if a call involving someone mentally ill who needs to be evaluated comes into dispatch. Then a deputy or officer is tied up for hours at the hospital and, if any type of detention order is issued, the officer usually has to transport the person to a mental health facility that has beds available. Often, they end up transporting the person at least an hour away - and sometimes more. Then you're really light on manpower.

Thankfully, there is often a transportation unit with the police department or sheriff's office, and they can come out and do a transport, but many times they'll only come out if the transport distance is over a certain mileage. Tiny police departments don't have that luxury, and they are stuck handling all aspects of these types of calls.

Day shift usually has more report calls, such as vandalism and break-ins. There are also more units out because most of the upper-level supervisors work during the day. On night shift, you have more serious calls and fewer people are working. In some states, if an interstate runs through the county, there is only one state trooper or highway patrol officer working. If the county doesn't have any interstate running through it, there is a trooper on call but not on duty. 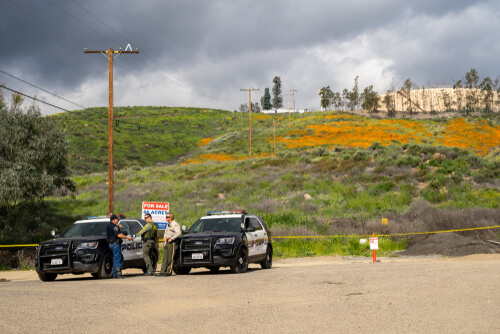 These are the harsh realities of some rural areas. Each police department and sheriff's office is different. Some have more staffing than others, but, the truth is, they face the same challenges that urban police departments do. Rural law enforcement agencies just have fewer resources to work with.