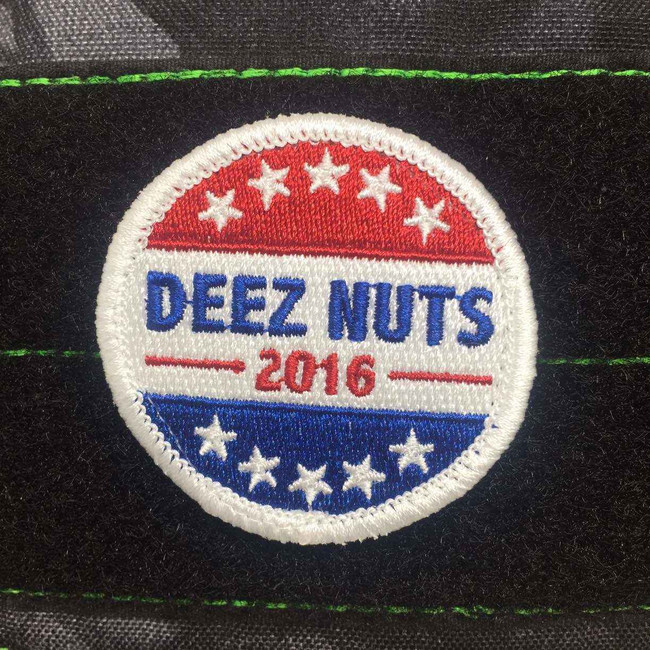 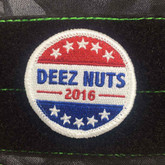 Deez Nuts (real name Brady C. Olson) is a satirical candidate running in the 2016 United States presidential election. His form to run for office was filed with the Federal Election Commission in late July 2015.[3] In polls conducted by Public Policy Polling in Iowa, Minnesota and North Carolina in mid-August 2015, he polled at 8, 8 and 9 percent respectively, garnering the attention of the media.[4][5]

Nuts' bid for the presidency drew attention to the number of questionable candidates who had filed to run for office.[6][7][8] Jim Williams, an analyst at Public Policy Polling, the organization that had conducted the poll in North Carolina, noted to The Guardian that, due to a fringe of the population with a penchant towards anti-establishment candidates, "You could call [the third party candidate] anything, and they would get their 7% or 8%."[9]

It was revealed on August 19, 2015, that "Deez Nuts" is 15-year-old Brady C. Olson of Wallingford, Iowa. He stated, in an interview with Rolling Stone magazine, that he created the practical joke "half-trying to break the two-party system, half-frustration with the front-runners." In addition, Olson also endorsed Vermont Senator Bernie Sanders for the Democratic nomination, and Ohio Governor John Kasich for the Republican nomination.[10] Olson, according to Section 1 of Article Two of the United States Constitution,[2] does not meet the minimum age requirement of 35 years at the time of inauguration to be able to serve as president following the 2016 elections.

Tactical Outfitters "Deez Nuts Presisdent" Patch
WARNING: This product may contain chemicals known to the State of California to cause cancer and birth defects or other reproductive harm. For more information, go to www.P65Warnings.ca.gov.