Ranger Up Earn It T-Shirt 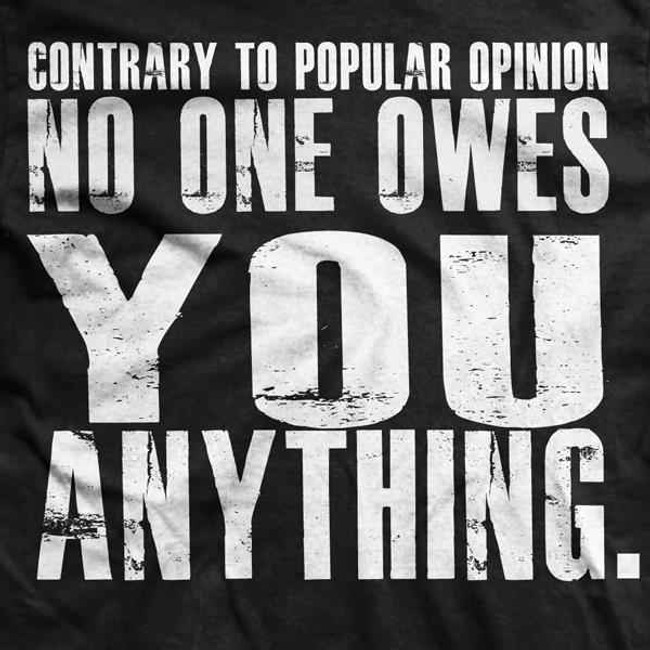 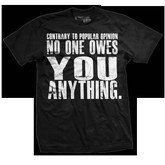 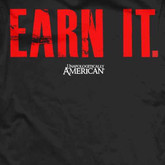 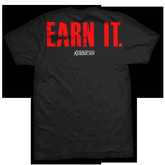 There is no notion that I find more dangerous to our way of life and more despicable than the idea that we are "owed" anything or that we "deserve" anything.

Life is competition. You need to look no further than nature than that. If a lion sits around all day and decides not to hunt, it doesn't eat. If it doesn't eat, it dies. Simple. Brutal. Reality.

We are no different, except we have compassion. We see others that will not work, will not put out effort, and we refuse to let them starve. We make sure they have what they need to survive. We, the capable, the workers, decide that we will not let another human being die while we have the means to prevent it.

The growing issue however, is when people who do not work, who do not contribute to society believe they are owed something more. They deserve cable. They deserve a car. They deserve that which the workers receive. We are teetering on the edge of a place where it is more beneficial to be on an entitlement program than it is to work a minimum wage job.

But if the only issue was entitlement programs, then the issue would be minimal. For every five people who need welfare, there will always be one abuser. That simply comes with the territory. The bigger issue is that increasingly, this "entitlement disease" is spreading to working citizens. The occupy movement is a group of people who believe they deserve more - more opportunity, more money, more benefits, more whatever. They believe that life isn't fair.

They are right. It never will be and it never has been.

So do something about it. Work hard. Start a business. Join a business. Fight and fight and fight until you get what it is that you want out of life. Will everyone get where they want? No. Some people who work harder than you do will never achieve your level of success and some people that work markedly less hard will blow you out of the water. And that will always be true because life isn't fair, people have different skillsets, and luck plays a huge role in life.

But what I can tell you is that you have to take responsibility for your life or you will become, and remain, a loser. Every success and every failure has to be yours. You can' t blame mom, dad, Obama, Bush, bad luck, the teacher that hated you, where you grew up, or multinational-piece-of-shit-scumbag-banks. You have to push every single day and carve out of life what it is that you want. You have to go over, under, or blast through obstacles. You have to never quit.

Contrary to popular opinion, no one owes you anything. Earn it.
Ranger Up Earn It T-Shirt