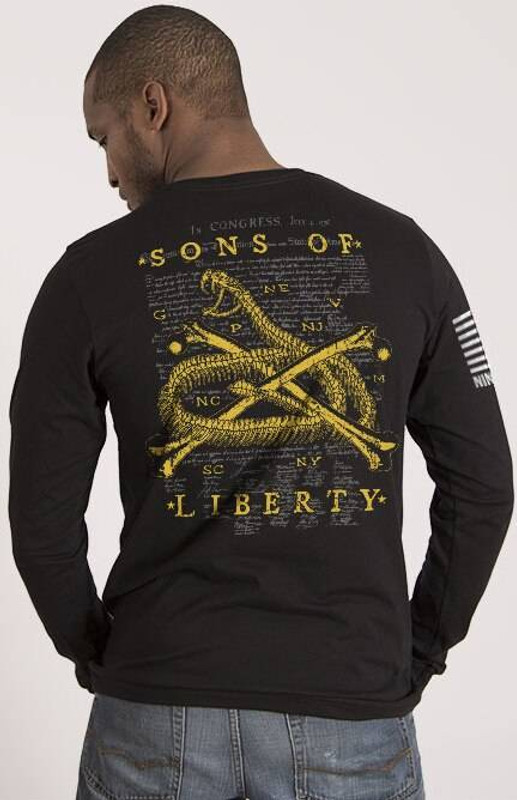 Before the revolution, before the United States, there existed a secret band of rebels who refused to stand by quietly as their people were mistreated and abused by a foreign government. The Sons of Liberty stood against oppression, organized against tyranny, and fought against injustice. Theirs was the spark that helped ignite the fire of American independence.


Nine Line Sons of Liberty Mens Long Sleeve Shirt
WARNING: This product may contain chemicals known to the State of California to cause cancer and birth defects or other reproductive harm. For more information, go to www.P65Warnings.ca.gov.