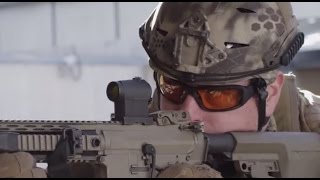 Item Code: NOTCH
Out of Stock
Unavailable
Email me when in stock
See More
The selected product combination is currently unavailable.
See More

The Battle of the Notch was an engagement between United States and North Korean forces early in the Korean War. The U.S. Army's 1st Battalion, 19th Infantry rushed to protect the final South Korean city near the Naktong River, making it a key to keeping the Pusan Perimeter in place. The North Korean forces repeatedly led aggressive assaults on the U.S. position. After several unsuccessful attacks and having suffered heavy casualties, the North Korean forces were forced to withdraw. U.S. Air Force aircraft caught the North Korean truck columns as they retreated and inflicted heavy damage.

The Notch glasses from Edge Eyewear are the latest in Edge's line of tactical glasses. Each pair is made with a durable, long-lasting black frame that fits comfortably.


Edge Eyewear Notch Sunglasses
WARNING: This product may contain chemicals known to the State of California to cause cancer and birth defects or other reproductive harm. For more information, go to www.P65Warnings.ca.gov.